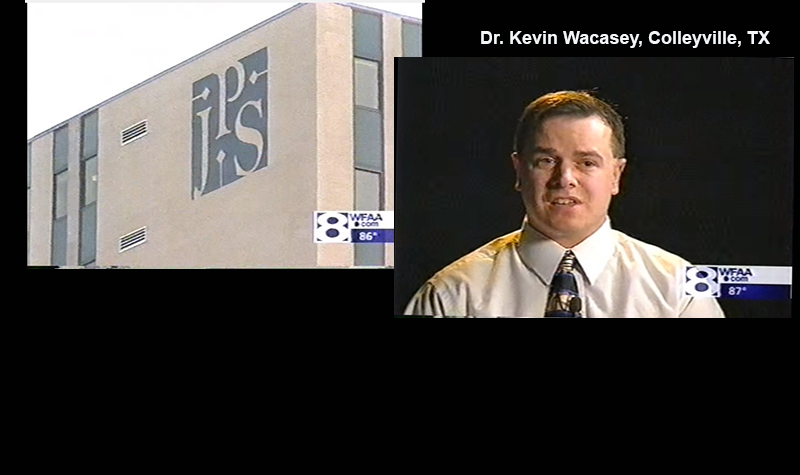 Comfortably Numb is part 4 of 6 in the series Proof of Death by Dr. Kevin Wacasey, Colleyville Medical Clinic, Colleyville, Texas

Brain death is defined as the irreversible loss of all brain function, and as far as the law is concerned means that a person is dead, no matter what: “Someone who is medically declared brain dead — meaning there is zero brain activity — is legally considered dead.”

So when it comes to deciding whether a patient is brain dead or not it’s crucial to make the right call, because the human brain is susceptible to all kinds of injury. Low body temperature, drug overdoses, and severe head trauma are but a few of the conditions that can mimic brain death, and fool even the most experienced observer.

Which is why diagnosing brain death is a step-by-step process, and should never be done from the hip.

To just look at someone and make the snap judgment that “that person is brain dead,” is malpractice to say the least. And if I were to apply this method in my personal life, a small but significant percentage of the people I meet would qualify.

What is no laughing matter however, is how fifteen years ago one doctor’s ability to foretell permanent, irreversible brain injury that had already caused death was so damned easy in a Fort Worth hospital…

Part 4 of Proof of Death

MORPHINE is one of the oldest yet most widely prescribed medicines in use today. An extremely potent pain reliever, for over a hundred years it has been given to injured and ill patients around the world, from the battlefield to the post-operative recovery unit. Like its derivatives heroin and oxycodone, morphine is considered an opioid narcotic because it works by binding to specific opioid receptors in the brain and spinal cord.

Its therapeutic effects aren’t limited to pain control, though – morphine can also induce euphoria, a feeling of overwhelming calm and peace. I’ve used it countless times in the ER to alleviate not only the pain, but also the anxiety associated with heart attacks. Morphine is such a useful drug that it even has a spot on the World Health Organization’s list of Essential Medicines.

Like many things in life that are beneficial though, too much of a good thing is, well, not good. Aside from being highly addictive, morphine has a long list of potential side effects: nausea, itching, constipation, and drowsiness are common. It can be dangerous too, because it can lower the blood pressure and suppress the respiratory drive. Especially when given in large quantities to someone who is not a routine user of the drug.

Who, according to his medical records, began receiving intravenous morphine only after being taken off life support in the JPS Intensive Care Unit.

Throughout the entire day, from the time the ambulance had picked him up, through his four hour stay in the Emergency Room, and even his first three hours in the ICU, Woody had never complained of pain. Or I should say I assume he didn’t, since no record exists of him ever being given any pain relievers – not even an aspirin, much less morphine.

Not that he would have had much of a chance to complain. During that same time period Woody’s mental – and physical – status had progressively declined, to the point where he had been placed on artificial ventilation, and even suffered a cardiac arrest after arriving in the ICU. He was as sick as sick can be, and most likely totally unaware of his surroundings.

And yet, after speaking with his family, and telling them that Woody had probably suffered a significant brain injury that would leave him in a vegetative state forever, Dr. Lydia Grotti decided to give intravenous morphine to Woody in an effort to “make him comfortable.”

But was he really uncomfortable?

I mean, Woody was unconscious – even comatose – and by Grotti’s own assessment in a vegetative state, at the least. As I so crassly remarked during this WFAA news report, if he truly were that sick then I don’t think Woody would have felt it if his feet had been set on fire. Besides, he couldn’t even speak due to the airway tube that he was breathing through. So how could anyone tell if he were in pain, or even discomfort?

Well apparently Dr. Grotti could, and she seemed hell-bent on relieving any lingering trouble for Woody. So after the family gave permission to take him off life support, at 10:05 PM she wrote a set of orders that began with “Comfort measures only.” She then ordered the ICU staff to stop the breathing machine and to discontinue “all labs, procedures, and treatments not for comfort.”

Her final order on the list was for morphine.

Her instructions were dutifully followed. At 10:15 PM the ventilator that had been helping Woody breathe was turned off, and he was given a five milligram intravenous injection of morphine. Then he was placed on a “drip,” or infusion of the drug with a starting dosage of five milligrams per hour.

And although there is no written physicians order for the changes to the morphine dosages that followed, the nursing notes reflect that at 10:40 PM the morphine drip was bumped up to 10 mg per hour “per Dr. Grotti for pt (patient) comfort.”

Then again forty minutes later, at 11:20 PM the morphine was increased to 20 mg per hour “for comfort measures.” Yet during this time nothing in the nurses record, physician notes, or the entire medical chart documents anything to show that Woody was in any kind of discomfort.

At this point though he was – just like Lettie McGhee – still fighting for life, and breathing on his own, a full 65 minutes after the ventilator had been turned off. But this time, at 11:20 PM the airway tube that he had been breathing through was pulled out of his trachea.

It had been fifteen days since I first reported Grotti to the Fort Worth Police on March 19th. And almost a week since they had informed me that they wouldn’t proceed with any investigation.

Moreover, it had been a full three months since Dr. Grotti had placed her thumb over Lettie McGhee’s airway tube, and ended her life. Yet not once during that entire time had Grotti been taken out of the clinical setting; not once had she been prevented from seeing any patients, at least until the extremely serious allegations about her could be thoroughly investigated.

The NTAMG leadership, the Peer Review Committee, the Fort Worth Police, and the Tarrant County DA had all failed to stop her. Instead, she kept right on doing – whatever she was doing.

They all failed Woody O’Keefe too, since their actions, or lack thereof, gave Grotti the opportunity to care for him that night. I’ll admit that Woody was critically ill by the time he got to her, but I also believe that Woody’s last, best chance was wiped out by Grotti’s unsupported decision that he had no more – chances.

Woody’s death wasn’t entirely in vain, however. But if it would take another three months, a dogged investigative journalist, and her jaw-dropping news report to finally get police back on the McGhee case.

Only this time, they couldn’t just make it go away…